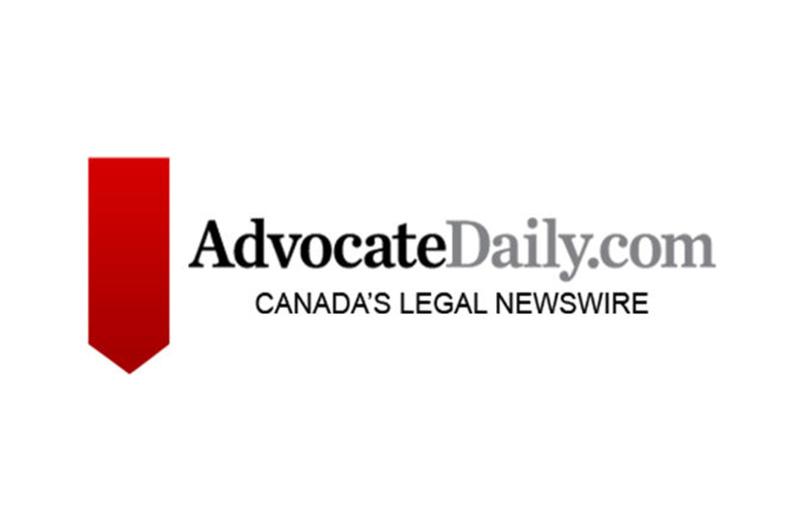 November is the Ontario Bar Association’s (OBA) Make-a-Will Month, and Toronto wills and estates lawyer Lisa Laredo says there’s no better time to act for those without an estate plan, no matter their age.

Laredo, principal of Laredo Law, says people can take control of the way their assets will be distributed after death by having a lawyer draft their will

“It allows individuals to provide for their loved ones in the manner they think is appropriate, it can minimize the tax they pay, it takes their funeral and burial wishes out of the realm of chance, it gives them an opportunity to choose guardians for their minor children, and it allows them to choose the people they trust most to manage their estate,” she tells AdvocateDaily.com

“In the end, it boils down to control. There may be people in your family who may need more than others but if you don’t have a will, it’s out of your hands,” Laredo adds, noting that in intestacy, the Succession Law Reform Act (SLRA) sets strict rules for the distribution of a deceased person’s assets.

Under the Act, the surviving spouse gets the first $200,000 from any estate, with the remainder divided between the spouse and any surviving children. When there is just one child, the assets are split equally with the spouse.

However, Laredo points out that the SLRA does not take into account the individual circumstances of the deceased, which can lead to problems, especially if they had anything but a conventional family arrangement.

“If you’re separated but not divorced, then your ex stands to gain everything,” she says. “If all of your family members are abroad, they may also run into problems because of the non-refundable bond they must put up to deal with the estate.”

In addition, the SLRA offers no automatic entitlements for common-law spouses, who Laredo says may turn to the courts in the form of a claim for dependant’s relief against the estate.

“If your children or other dependants haven’t been allocated anything, they may also have a claim,” she adds.

But getting a will in place is only half the job, according to Laredo, who notes that the OBA initiative is designed to spread the word about the importance not only of having a will but of having it drafted by a lawyer.

To ensure their wishes are properly fulfilled, she advises testators to steer clear of will kits that can be bought online or at stationery stores, in favour of professional advice.

A lawyer can make sure the estate is distributed in a tax-efficient way, with the help of various techniques, including testamentary trusts, Laredo says.

“For example, if any of your beneficiaries are on the Ontario Disability Support Program, you could be putting their benefits in jeopardy unless you use the proper trust,” she adds.